Previous Next
Your North Star in Turbulent Times

Your North Star in Turbulent Times

Do you know your North Star?
The higher authority, value or principle by which your life is guided, and to which you can only bow at the end of the day?
As human beings, we need something greater, higher, deeper in our lives to align ourselves with.
We need it to uplift us, to straighten ourselves out.
Something that we simultaneously worship and willingly surrender to. Something that we aim to get closer to through a dedicated practice.
It is relatively unimportant how we name it, or what metaphors of Greater, Higher or Deeper we try to use in order to put it into language.
“It” is not dependent on how we name it, but we are dependent on what relationship we cultivate with it.
Worship and surrender often sound suspiciously like fundamentalism or self-sacrifice to us modern people.
However, only that which is greater than my individual self can provide real meaning and strength in life.
There is a wisdom saying that says that we all worship something, even – or especially – when we think we are already beyond that.

​In that case what then often sits on the throne is either a cynical nihilism or a strong identification with the material world as the end point of all life.
Where we once revered a God-given order and the great myths, the Western Enlightenment has put a story of reason and progress at the forefront.
After the tragedies of the 20th century, belief in progress was also somewhat knocked off its throne, and since then we are searching without finding, or simply rejecting any form of a higher authority.
In the absence of a shining star of orientation, the individual and its sensitivities increasingly become the highest good.
As important as it is, the individual alone is simply not a good North Star, in the same way that hoping that artificial intelligence or the flight to Mars will save us from facing the problems we have created ourselves.
In a time of crisis and change, where our North Star is located or what we follow, becomes even more apparent.
If we don’t know what we want to practice and how we want to use the gift of our life, then life is using us – and we mostly follow unconscious preferences, avoid fear, pain or shame, and operate in the current cultural norms.
But if we only follow these unconscious principles (usually without being aware of it), we increasingly revolve around ourselves, and thus only move in circles. 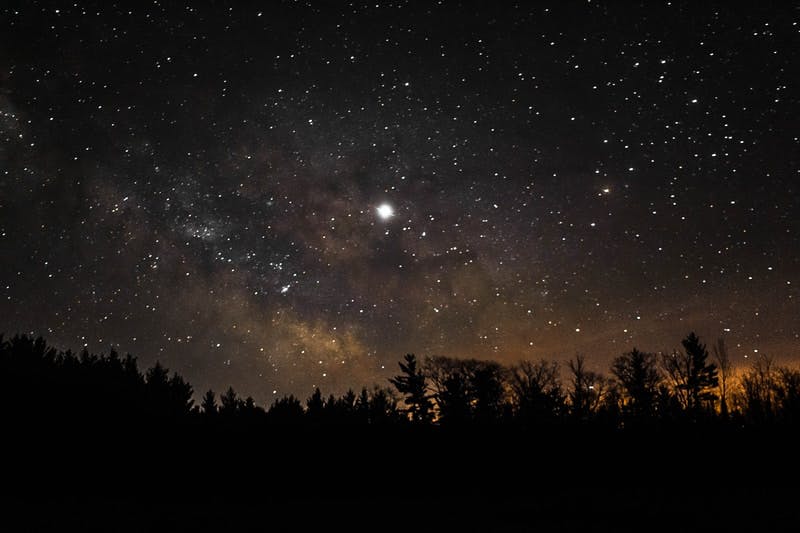 Without a functioning compass or north star, even the most courageous and capable captain cannot navigate to new shores.
All current global problems, from Covid to environmental degradation and the looming climate crisis, all point us to a larger, systemic dimension of life that no one can solve alone.
The solution will only be found in the connection between people, and in learning to synchronize our efforts.
But in order to come together, we need to overcome the unconscious motivations of personal well-being, the simple satisfaction of “wanting to be right”.

​This bridges to the last newsletter, and how in conversations we co-create the world we live in.
When an uncomfortable situation comes up in a conversation, meeting or dinner, how do you orient yourself?
Do you have a North Star to help you navigate through the troubled waters? Do you have something that is more important to you than either being right or sacrificing your voice or opinion on the altar of harmony?
If we don't have a practice to help us deal with uncomfortable tensions, and a guiding star to give me a higher purpose, we will always follow these unconscious motivations.
How does this show up in your life?
What do you practice?
How do you use your life energy and the time you have available?
What is a higher value to you, or a dimension that is more important than your comfort?
The beginning of the New Year is a good time to recalibrate your compass, or to go on an (inner) search for your North Star.
The waters will continue to be turbulent this year, but with a good navigation system this can help to strengthen your sense of meaning and power in life.
What do you want to strengthen, practice, deepen or experience in 2022?
Take a moment to either write it down, share it with a good friend or partner, or maybe just take the question with you for a walk, a bath or a meditation first....

​...and to just make it clear: Feel free to make it fun and enjoyable.
There are no extra points for being overly serious in spiritual development.

You can find out more about which cookies we are using or switch them off in settings.

This website uses cookies so that we can provide you with the best user experience possible. Cookie information is stored in your browser and performs functions such as recognising you when you return to our website and helping our team to understand which sections of the website you find most interesting and useful.

Strictly Necessary Cookie should be enabled at all times so that we can save your preferences for cookie settings.

If you disable this cookie, we will not be able to save your preferences. This means that every time you visit this website you will need to enable or disable cookies again.